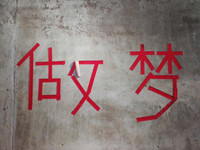 Born in Pavia on 18th april 1971. Studied Chemistry, Experimental Theatre and film-making, History of Art. He has been living and working in Beijing since 2003, as a multimedia and performance artist, director, curator, researcher, writer and lecturer. His work focuses on social intervention and relational dynamics to expand the notion of art practice beyond existing structures, spaces and hierarchies and engage directly with reality in multiple ways.
Read more 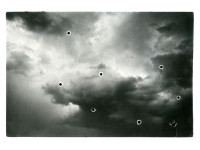 Born in Tianshui, Gansu, in 1978, Cai joined the People’s Liberation Army at a young age, taking up a role as portrait photographer for enlisted soldiers. This job became his formal training in the medium, developing into a career path as he returned to Beijing and opened his own studio. Through the use of photography and installation, Cai Dongdong’s interest lies in creating half-fragmented realities.
Read more

Chak Man Lei was born in Hong Kong (1977) and moved to Macau at the age of eight. In 1989, his family moved to Canada and settled in Vancouver. At the age of sixteen, he received an apprenticeship with the artist Frank Tam that instilled a deep interest in visual arts. He continued his studies at Ontario College of Art, and at the University of Western Ontario, earning an MFA degree in 2008. Upon graduating, he moved to Beijing where he currently resides.
Read more 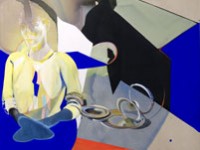 Is it because she spent the first two years of her young life (she was born in 1982) bathed in the light of ancient culture, in the shadow of umbrella pines surrounding the Villa Médicis, or is it because she grew up in painter’s and sculptor’s studios, in creative writing workshops that Charlotte Guibé became a painter? Who can tell the secret behind one’s calling as an artist?
Read more 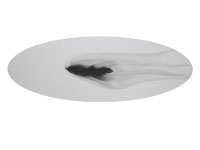 Cindy Ng Sio Ieng was born in Macau and raised in Macau and Hong Kong. A period of study in London in the early 1990s proved especially fruitful. On the recommendation of Bartolomeu dos Santos at the UCL Slade School of Fine Art, she studied the ancient Chinese paintings in the British Museum’s Chinese Painting Study Room. 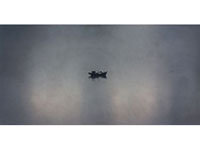 David Ancelin is a French artist. Born in 1978, he graduated from Villa Arson (France) in 2005. Currently he lives in Paris and is teaching silkscreen printing at the Toulouse Fine Arts School.
Read more 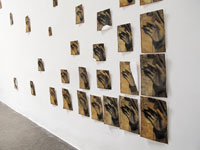 Guo Peng is a Chinese artist born in Dazhou, Sichuan in 1982. He is currently working and living in Nanjing. After he majored in sculpture at the Yunnan Academy of Art, he engaged in contemporary art with a group of feverish young experimental artists. From installation to performance, Guo Peng explored different art forms, and gradually found his own way of creating photography-based work.
Read more 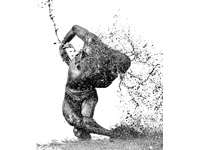 Jean-Sébastien Lallemand aka Seba Lallemand Artist, image maker – Born in 1973 at Saint Martin d’Hères, France. After his art school studies (at ESAD / Orléans), in 1998, he joined Fabrica (Italy) directed by Oliviero Toscani where worked on visual projects and was the author of a short film “Afterwords”, which was presented at the Venice, Rotterdam, Paris, Croatia and Rome film festivals. Upon his return to Paris, he worked as a video director on the Gotan Project French Music Award 2002 and also as a freelance designer.
Read more

Liu Deng was born in 1979 in Chongqing, he graduated from The Sichuan Fine Arts Institute and he is now based in Beijing. He exhibited his work across China and overseas, especially in Sweden; some of his pieces joined the Suzhou Museum collection and privates western collections. By Growing up with an electrician father that he helped sometimes, Liu Deng became obsessed with wires, cables and grides. His artistic practice evolves considerably when he realises that he can work in 2D with ink and painting and retrace those big wires nod.
Read more 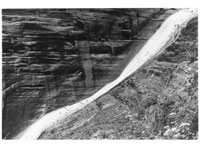 Ma Yongfeng was born in Shanxi, China in 1976 and is a new media artist currently based in Beijing. He has exhibited widely across Europe, the United States and China. Ma came to international attention in 2002 with The Swirl, a video depicting six Koi carp being subjected to a 15 minutes wash cycle in an upright washing machine. The piece was exhibited at MOCA at Los Angeles and PS1 in New York. Ma has continued to explore additional alternative realities between order and disorder in his video, animation, photography and installations.
Read more

MILLA-KARIINA OJA is a Finnish artist who is currently based in Helsinki. Her work moves on the border between photography and video and it often has performative qualities. Living in China for several years has influenced Oja´s recent work. The urban density of Beijing prompted her to reflect on her own space.

Renbo is a Chinese artist. She lives and works in Beijing. Renbo’s works mix humour and playfulness alongside a serious intent, with a touch of pathos in the hopelessness. This combination works in a quiet way, to put the viewer in a strange position in relation to the objects and the subtle meanings of them. In the way that the pieces do not settle in their meanings or our experiences of them, this unease represents a small element of doubt in the world. The “calmness” of the works brings us up short. It does not express in itself nor does it demand physical or intellectual interaction. If it is an object it stands before us; if it is an image, it is presented to us, for consideration.
Read more 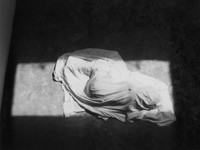 Ying Ji is a chinese artist born in Shanghai in 1989. She lives and works between Beijing and Munich where she is currently studying at the Academy of fine arts. She is gratuated from Beijing Film Academy. She was nominated for the Tree Shadows Photography Award in 2014.Ying Ji’s works focus on two things, simplicity and merge. Simplicity is the center focus of photography, where the artist needs condense all her emotions, creative ideas, and different artistic elements into a two dimensional, in Ying Ji case, mostly black and white image.
Read more